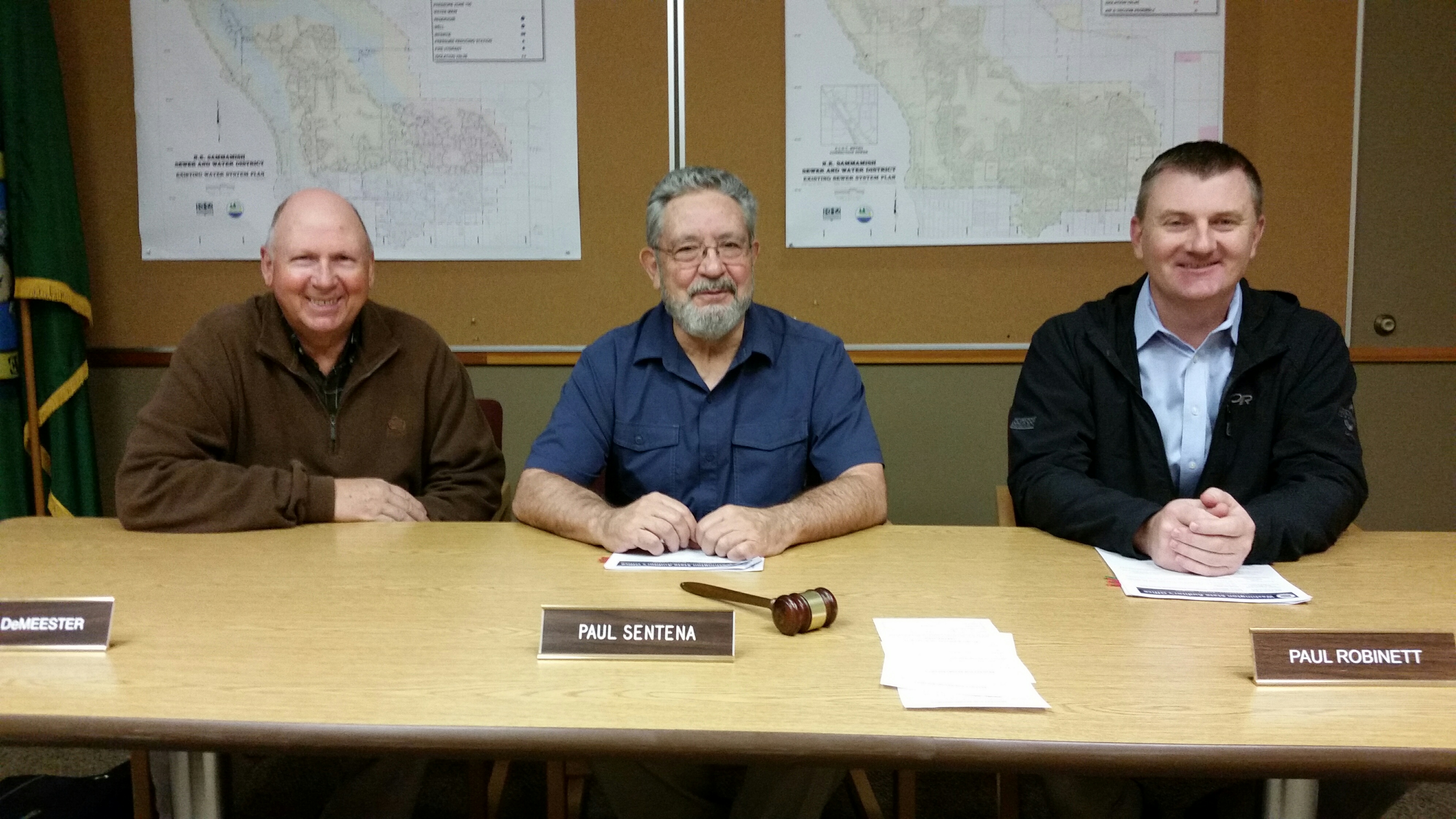 Board of Commissioners and General Manager

The Board meets twice monthly on the first and third Wednesdays at 7:30 a.m. Board meetings are held at the District office at 3600 Sahalee Way NE.